Whether you consider it declassé or recherche, smoking goes with drinking like Plymouth goes with Dolin.  There aren't many places left in DC where you can light up these days, but here are three rooftops where you can not only practice your languid looks, but also work on your smoke rings.

At Perry's in Adams Morgan, the menu has been revamped by legendary baker/chef Mark Furstenburg (Marvelous Market, Breadline, G Street Food). Starters like jumbo lump crab cakes with homemade cole slaw; and chicken fritters, crunchy on the outside, light and creamy on the inside, remind me of Gerona. The sushi has also been re-thought, with more emphasis placed on fresh, seasonal ingredients like sockeye salmon and soft-shell crabs. To accompany, the 22-ounce 'silver can' of Sapporo just seems so right.

Also in Adams Morgan, the rooftop at the Reef has a few tasty bites. Try the pork belly sliders, crispy hunks of meaty über-pork on twin mini-brioche buns, with pineapple slaw and fried yucca sticks. Or play it safe with the all-natural grass-fed bison burger-part of a sustainability concept that has been the Reef's menu philosophy since its inception-back before 'green' was cool. It is one of the best burgers in town. 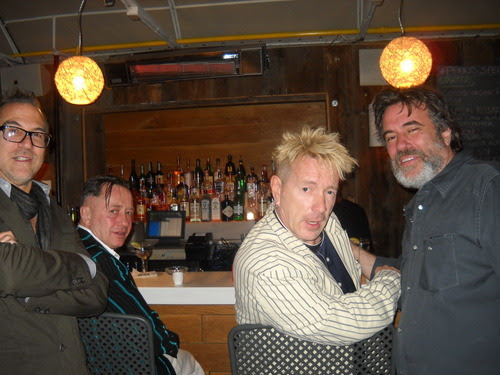 So remember: when the sun goes down, and the American Spirits are calling, it's time to go up to the roof. And who knows, you might even run into a celebrity or two.
Newer Post Older Post Home